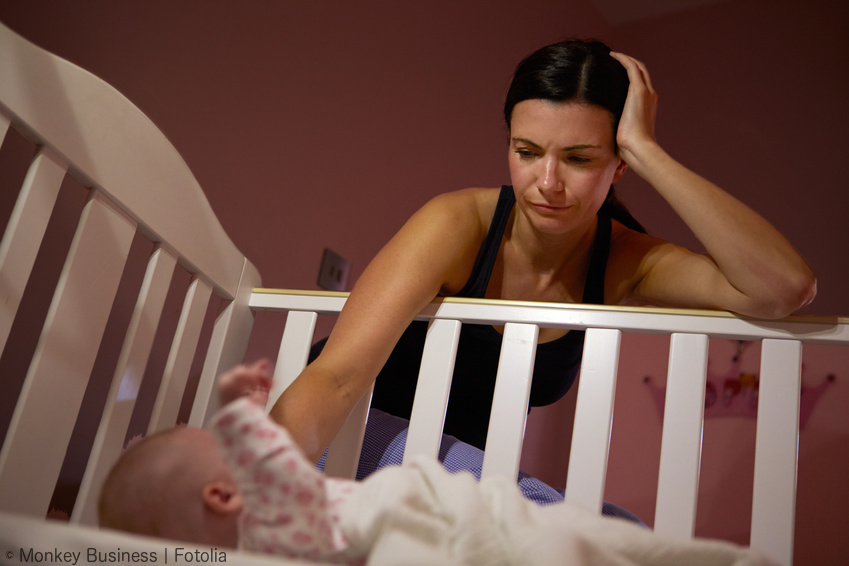 When our daughter was 6 months old, my husband stopped our family from falling apart. Alarmed by our level of sleep deprivation and by my difficulty to bond with the tiny person causing it, he stopped politely listening to the attachment parenting advice I read in books, blogs and forums. Instead, he searched instead directly in Pubmed for solid, replicated infant sleep studies with large samples. Exhausted by the seven-to-twelve wakings per night (see below the sleep log of March 12th, 2012) and by full-time working days punctuated by milk pumping sessions, I had just enough sanity left to realize that I should give up control and rely on him. 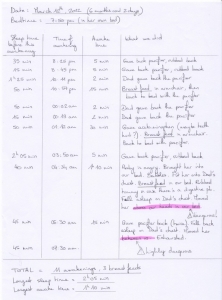 He came up with a simple method: The so-called “controlled comforting” method, also known as “controlled crying”, “gradual extinction”, “graduated extinction”, “checking” or “ferberizing”, in reference to the book by Richard Ferber, Solve your Child’s Sleep Problems. Controlled comforting consists in ignoring bedtime crying for specified time intervals (for example during 2 minutes, then 4 minutes, then 6 minutes; or during fixed-length intervals of 5 minutes) and to briefly check on the baby to reassure him or her after each interval (see the detailed description in part 3 of this article).

We were so exhausted after eight or nine wakings that we ended up putting her in danger by bringing her into our bed, without following all cosleeping safety precautions

Deep down, I knew that we had to do something. Elizabeth Pantley’s No-Cry Sleep Solution was not solving the problem, or at least not as fast as our family needed. First, I knew I could not bond with my baby if I kept resenting her for her nighttime crying. Second, I also felt that if I did not sleep more very soon, I was on my way to maternal depression. Third and most importantly, we were so exhausted after eight or nine wakings that we ended up putting her in danger by bringing her into our bed, without following all cosleeping safety precautions. This is not something I am proud of, and this is one reason why I took me more than a month to muster the courage to post this article. I finally decided to post this raw, non-edited sleep log, to show the reality of sleep deprivation.

After just three nights, we were already feeling much more rested, and I was finally able to have truly joyful moments with her during the day.

So we tried the controlled comforting, with fixed-length intervals of 5 minutes. When she started to cry at night, if she was not sick, we waited for 5 minutes before briefly reassuring her, without taking her out of her bed. Then if the crying persisted, we waited again for 5 minutes to briefly reassure her again, and so on. On the first night, my husband had to hold me in his arms to both prevent me from jumping out of bed as soon as she cried, and comfort me from feeling terribly guilty. On this first night, she managed to fall back asleep on her own after 5 to 15 minutes of crying, after each waking. The method started to work immediately, her number of night wakings dropped night after night. After just three nights, we were already feeling much more rested, and I was finally able to have truly joyful moments with her during the day. After a month, she slept from 8pm to 7:30 am, with just one waking near 5am to nurse. The method worked so well for our family that paradoxically, letting her cry for a few minutes during a few nights has been the way to minimize her total amount of crying.

But this is just the experience of one family. How general is it? Five years after my husband, I dug into the scientific studies on infant sleep, focusing on typically developing infants aged 6 to 12 months and not involving medication. Part 2 of this article addresses the question of how often babies typically wake up during the night. Part 3 looks at the measured efficacy of different sleep training methods in reducing the number of night wakings. Finally, part 4 (upcoming) will discuss whether controlled comforting has long-term detrimental effects, as it is often claimed.

2 thoughts on “Frequent night wakings between 6 and 12 months (part 1): From the edge of maternal depression to recovered sanity with Pubmed”

This site uses Akismet to reduce spam. Learn how your comment data is processed. 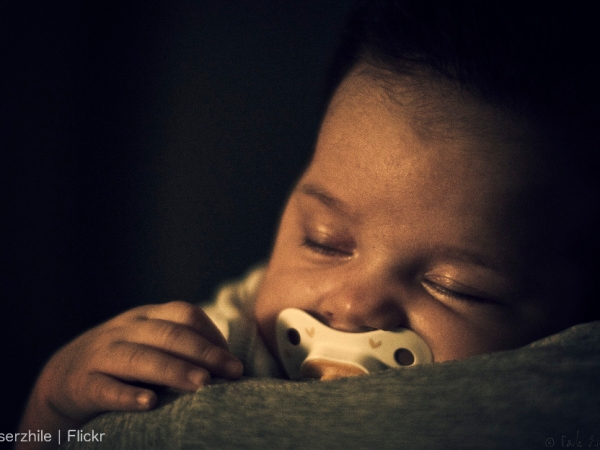 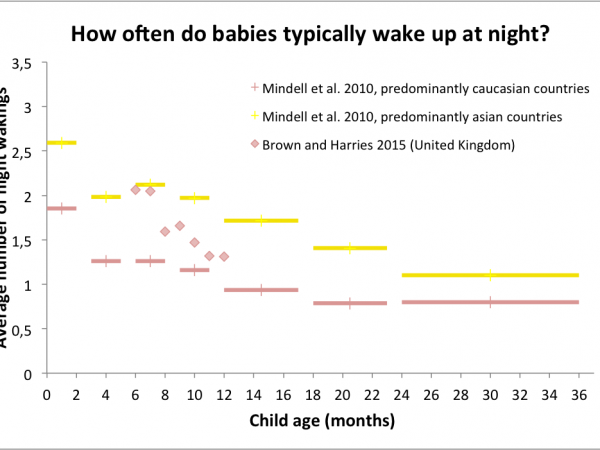 Frequent night wakings between 6 and 12 months (part 2): How often do babies typically wake up at night?